Close Menu
Coronavirus (COVID-19) Update: Our firm is open and serving the needs of existing and new clients. Click here for more information.
West Palm Beach Divorce Attorney > Blog > Divorce > What Does Divorce Look Like in 2020? 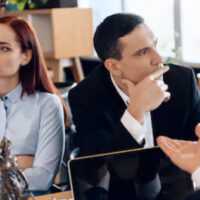 There is no shortage of articles this cycle contemplating the texture, nature, and future of divorce in the United States. Some of these studies have shown that Millennials are turning the tide against higher divorce rates seen throughout the 70s, 80s, and 90s, while other studies discuss the difficulties of women who are promoted into executive positions in the workplace.

But are there any other trends that are becoming more common as we make our way into a new decade? Of course there are!

Divorce Rates are on the Decline But…

A report indicates that the marriage rate for Millennials could drop as low as 70% whereas Gen Xers had an 82% and Boomers had a 91% marriage rate.

Some have noted the falling rate with concern about how a lower marriage rate could impact society at large. Of course, economic factors also measure into the equation. Those who are economically struggling are less likely to get married than those who have more wealth. Higher education rates and higher income both are predictors for whether or not a person will marry.

Still more evidence suggests that even though couples are moving in together, they are less likely to buy a home or get married.

The Children of Divorce

Another theory why Millennials may not be marrying as enthusiastically as their parents and grandparents has to do with the fact that many of them are themselves products of a marriage that ended in divorce. Not wanting to put their own children through the same turmoil, Millennials become more cautious when it comes to both marrying their significant others and divorcing spouses with whom they’re already married.

One theorist pointed out that for past generations, marriage was the beginning of their lives together. However, that is not the case for Millennials who will wait several years before marrying someone they’ve been together with for awhile. In other words, marriage signals the end of their relationship, not the beginning. Today, it is much more likely that couples will live together for an extended period of time before tying the knot.

If your marriage isn’t what you hoped it would be and you’re considering divorce, talk to the West Palm Beach family attorneys at Bruce S. Rosenwater & Associates to find out more about the process of divorce and how we can help.