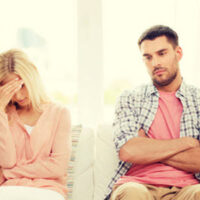 A recent study has linked children of divorce to lower levels of the so-called “love hormone” oxytocin. Children whose parents remained married throughout the duration of their childhood had higher levels of oxytocin, the study showed.

Oxytocin is the chemical associated with all kinds of intimate bondings, including sex, but also hugging and other types of bonding. This chemical is related to social behavior and the ability to form attachments later in life.

Prior research focused on temporary issues like the academic performance of children in recent divorces or the types of relationships those from divorced families tend to have later in life. However, this study is the first to explain how and why divorce has the type of impact it does. To be certain, however, children in bad family situations fared worse than those from divorced families.

Oxytocin and Its Role in Parenting

Children of divorce who were analyzed later in life were determined to have less of the necessary patience required for child-rearing. This study doesn’t mean anything for individual parents, all it can do is create a clearer definition of the percentages. Children of divorce became parents who more frequently used punishment to control children.

How the Study was Conducted

Study participants were asked to empty their bladders and then drink a lot of water. In between, they were asked to fill out a questionnaire concerning their parents and childhood. Those whose parents did not divorce showed higher levels of oxytocin in their system than those who did. These individuals also rated their parents as “less caring” and “more indifferent”. They also rated themselves as less sensitive than did parents whose own parents did not divorce.

What Doesn’t the Study Show?

The study doesn’t necessarily make distinctions between different kinds of divorces and children who never met one of their parents. As an example, a single mother raising a child alone without a father figure in the mix is not a part of this study at all. Neither does the study show why oxytocin levels are lower in children of divorce. For example, the children could be responded to increased tension between primary caregivers as opposed to not having one or the other spouse around. The suppression of oxytocin could be related to weakening the familial bond which causes anxiety, anger, depression, and other negative emotions.

Bruce S. Rosenwater & Associates represents the interests of those seeking a divorce in the West Palm Beach area. Our West Palm Beach divorce lawyers will help you draft an equitable divorce decree, protect your interests and your future, and help you start a whole new chapter of your life.