The Case of the Missing Word 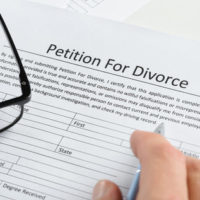 All divorce cases are painful, but imagine losing $1.5 million because there was a word missing in your filing. A second district court of appeals ruled that a missing ‘a’ in a petition for the dissolution of marriage was enough to cost a former spouse $1.5 million.

How did this happen? Well, Jennie Familgio signed a prenuptial agreement agreeing that her husband, Mark, would pay out a specific alimony payment that was scaled to the length of their marriage. In essence, there was a clause that stipulated that any petition to dissolve the marriage triggered another clause that limited the alimony recover of either party. While this could have theoretically impacted both parties, it particularly impacted Jennie who was hoping for a larger settlement.

A Matter of Interpretation

In cases of the law, semantics matter. The law may have a spirit, but that spirit is precision. The husband was able to successfully argue that the wife’s recovery was limited to the filing of the first dissolution of marriage and not the dissolution that resulted in the divorce. By doing so, the husband was able to only pay alimony based on the period of time at which the couple was married and the first petition to dissolve the marriage. This cost Jennie a reported $1.5 million.

The appeals court agreed with Mark. The two, who were married in 2006 and the two divorced in 2016. However, the first petition for the dissolution of marriage occurred in 2013 after the couple had been married for 7 years.

In the event that the definite article “the” had been used, the court would have been able to surmise that the petition that resulted in the dissolution of the marriage was the only one that mattered. However, since the indefinite article “a” was used, it could be interpreted as meaning any attempt to dissolve the marriage triggered the clause.

The circuit court agreed with Jennie and stated that “the” final dissolution of marriage was the one that counted, awarding Jennie $4.2 million in a lump sum alimony payment. However, the appeals court ruled that the provision was triggered in 2013 and therefore should only allot Jennie $2.7 million.

Rest assured that the West Palm Beach divorce attorneys at the office of Bruce S. Rosenwater & Associates will scour over every word of your divorce decree and prenuptial agreements to prevent you from being cheated by a word. Talk to us today for more details.

By Bruce S. Rosenwater | Posted on July 16, 2019
« The Florida Woman Who Was Arrested for Turning in Her Husband’s Guns
Alimony Reform Could be on 2020 Legislative Agenda »