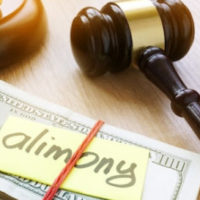 The battle lines are already forming, at least according to one Florida political blog, with both sides preparing their arguments and deadlock likely on the horizon. While those criticizing reform are being characterized as greedy gold-diggers, those advocating for reform are perhaps even more unlikable after insensitive comments on social media got out.

The question then becomes, who’s right and who’s wrong? Are those critical of lifetime alimony making sound logical and legal arguments or are those who believe that the current system works making the better legal arguments?

A Shift for Pro-Reform Activists

Initially, the fight for alimony reform was championed by The Florida Family Law Reform PAC. Now, there has been a shift toward the Family Fairness Group which will take a leadership role in pushing legislation through the state senate. The move is largely considered a rebranding as the initiative cuts ties with former members who compromised the integrity of their goals. Among some of the insensitive materials posted online were comparisons between alimony and slavery alongside decrees that former wives receiving alimony were leeches.

What Do Pro-Reform Activists Want?

Essentially, they want to put an end to “permanent” alimony which allows a spouse to collect a monthly stipend from their former spouse for the rest of their lives. The new legislation would provide the impulse toward “weaning” the spouse off of alimony payments and toward self-sufficiency.

Yet the problem is obvious. In some cases, spouses have spent a considerable amount of their years raising their children and tending the house. When these spouses split with their husbands after several years and even decades of marriage, they have no marketable skills to secure jobs and large black holes in their employment records that may scare off some employers. They can go to school or get additional training to pursue a career that they’re interested in, but what about spouses (mostly women) in their 50’s or older? Should they be expected to go back to school to learn a trade and then enter the marketplace as a rookie?

Part of the problem for the Florida Family Law Reform PAC is that it took a hard-edged approach to reconciling these issues. Even on their own webpage, they use terms like “forced financial servitude” to describe those who pay alimony and “zero accountability” for those who receive it. In the process, they have alienated many congresspeople who might otherwise be receptive to their arguments.

The rebrand is an attempt to soften the message, but the agenda remains very much the same. The Family Fairness Group discusses the problem in terms of dissolving marriages in such a way that it doesn’t destroy families (obviously, leaving one spouse embittered for having to pay alimony to another is analogous to destroying a family). Nonetheless, they champion the dismantling of the “permanent alimony” system that they claim disincentivizes remarriage and tears families apart.

If you believe it’s time to move on from your marriage, talk to the West Palm Beach divorce attorneys at Bruce S. Rosenwater & Associates. We can negotiate a fair settlement for you and protect your interests during the divorce.

By Bruce S. Rosenwater | Posted on August 6, 2019
« The Case of the Missing Word
Adultery and Divorce in the State of Florida »