Close Menu
Coronavirus (COVID-19) Update: Our firm is open and serving the needs of existing and new clients. Click here for more information.
West Palm Beach Divorce Attorney > Blog > Family Law > The Florida Woman Who Was Arrested for Turning in Her Husband’s Guns 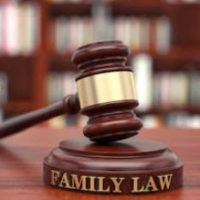 A Florida woman was charged with theft after turning her husband’s guns into the police after he was charged with aggravated domestic battery. This story made national headlines and became the foundation for a renewed debate over gun violence and domestic violence. The conversation became particularly charged after the woman was arrested for attempting to protect herself.

The woman spent six days in jail for “armed burglary” and “grand theft” after removing an assault rifle and handgun from her husband’s apartment. The charges have since been reduced to misdemeanor trespassing.

The stressor for her husband’s outburst of violence appears to be raw feelings over the couple’s divorce. The charges against the husband stemmed from an incident in which he rammed her car with his own. The woman was able to get a temporary injunction against the husband after the incident.

Federal law makes it a crime for an individual who is under a restraining order to possess firearms of any kind. However, it is the duty of police to enforce the law and police have broad discretion when it comes to whether or not they will actually confront the individual against whom the order of protection is filed.

The police have no intrinsic duty that mandates that they enforce this law. If Mr. Irby had gone an attacked Mrs. Irby, neither she nor her family would be able to sue the police or the municipality related to their failure to enforce the law.

Police also have broad discretion concerning what crimes they charge and under what circumstances they charge them. Prosecutors do as well and juries can nullify the law in situations where they believe enforcing it would create a greater tragedy.

While federal law is very clear on the topic, Florida law is less so. Federal regulations prohibit the sale of firearms to those who have an order of protection against them. Additionally, federal law requires the surrender of firearms in the event of an order of protection. In other words, it is a violation of the protective order to possess firearms while the protective order is in effect.

As a very pro-gun state, legislators are naturally suspicious of any regulations surrounding guns. Yet the result, in this case, appears absurd. It pits Florida’s laws against federal laws and law enforcement against federal law. As a result, you have a wife in fear of her life being overcharged with a serious while a husband who has committed aggravated domestic battery in open violation of the injunction not charged at all for his crime.

If you are the victim of domestic violence or need an order of protection, the West Palm Beach family attorneys at Bruce S. Rosenwater & Associates can help ensure the court upholds the law. Talk to us today and we will address your concerns immediately.

By Bruce S. Rosenwater | Posted on July 12, 2019
« Is Collaborative Divorce the Right Option for You?
The Case of the Missing Word »