Is Child Support Just for the Child? 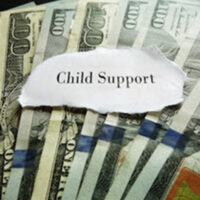 There are a lot of myths surrounding child support in the State of Florida. These include the belief that child support payments must entirely be spent on things relating to the children and that child support “automatically stops” once the child turns 18. Indeed, there are many folks out there that have a huge issue with the way child support works in Florida. But their concerns will need to be dealt with by the legislature, not the courts. Below, we’ll discuss some of the most predominant myths concerning Florida child support laws.

Child Support Money Must be Spent on Children

This is one of the largest gripes that paying parents have. Why isn’t the child support money being spent directly on the children? Child support payments can be used towards anything that either directly or indirectly benefits the children. These include rent, eating out, buying toys, paying for groceries, paying for utilities, making car payments, and paying insurance.

In cases where the parent receiving the child support is not using the money to adequately care for the children, the courts can be asked to render a decision on the fitness of that parent to have custody.

However, the court may require a paying parent to continue paying if the child is still in high school until that child turns 19. In cases of disability, support may be extended as well. However, the adult child would then become the petitioner.

Unemployment or Underemployment Will Lower Your Child Support Payments

No, it won’t. Quitting your job or taking less work that you’re capable of taking will not lower your child support payments. While situations do happen where a paying parent becomes ill or loses their job, the court has literally no patience for a parent who can work, but chooses not to, to avoid child support payments. They will continue to award the same payment to the receiving parent regardless of whether or not the parent has a job. That money will need to be paid in full.

If you’re having an issue collecting child support money from a former spouse, the West Palm Beach child support attorneys at Bruce S. Rosenwater & Associates can help petition the court to enforce the judgment. Talk to us today for more details.

By Bruce S. Rosenwater | Posted on November 6, 2019
« Hulk Hogan Forced to Pay Legal Fees in Bitter Divorce
What Can You Do if Your Spouse Refuses to Sign Divorce Papers? »