Foreclosure Action Dismissed Prior to Trial 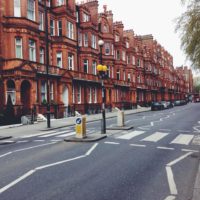 Foreclosures in Florida are becoming increasingly difficult to defend, even for the most skilled defense attorneys who have practiced in this particular area for several years. Pro se defendants in foreclosure who attempt to protect their rights without an experienced foreclosure defense attorney face an even greater challenge. Most pro se litigants in foreclosure are unaware of the many rights they have in a foreclosure lawsuit – or any lawsuit for that matter – and often times, such litigants are put in a helpless and inferior position by the large financial institutions seeking to foreclose on their homes. The message here is simple. Fighting a foreclosure is hard work, and the challenge should not be met alone. It takes a team. It takes the right team.

In 2009, the law firm of Bruce S. Rosenwater & Associates was hired to represent a homeowner in foreclosure, shortly after the initial complaint for foreclosure was filed by the bank. Upon review of the complaint and the homeowner’s loan documents, an appropriate and timely response was filed on behalf of the homeowner, and numerous discovery requests were sent to the bank.The homeowner survived years of litigation, including a Motion for Summary Judgment which was filed by the bank. The homeowner even pushed back when her attorneys filed, and prevailed on, a Motion to Compel Discovery after the bank failed to serve responses. When the case was eventually set for trial earlier this year, the Court issued a trial order, which detailed several pretrial procedures with which the parties to the foreclosure suit were required to comply.While the case approached trial, the homeowner’s lawyers at Rosenwater & Associates began filing requisite documents with the Court pursuant to the trial order, and fine-tuned the homeowner’s defenses to present to the Court at trial. More importantly, the homeowner’s lawyers focused on the bank’s activity and conduct throughout the course of the litigation, and noticed several weaknesses in the bank’s overall case – failure to provide discovery, failure to comply with an order compelling discovery, failure to comply with the Court’s pretrial order, etc. Over the course of four years of litigation, the bank displayed a pattern of non-compliance with the Court’s orders, a form of misconduct which Judges do not take lightly.The homeowner’s lawyers brought the issues of the bank’s non-compliance to the Court’s attention by way of pre-trial motions filed on the homeowner’s behalf. Pursuant to the applicable rules as cited and argued in the homeowner’s motions and at a pre-trial hearing, the presiding Judge entered the sanction of involuntary dismissal against the bank. Case over. Homeowner wins.It took years of preparation to build this particular homeowner’s case. It took strategic action by the homeowner’s lawyers to obtain dismissal before the bank was even permitted to present its case at trial. This particular homeowner took action right from the beginning, and hired a law firm with over two decades of experience in defending homeowners against the banks.If you’re in foreclosure, it’s never wise to defend yourself against the banks without an attorney. It takes years of experience and knowledge of Florida’s foreclosure laws to properly defend your rights. Crafting the appropriate response to a complaint and putting the banks on the defensive is complex work.While we cannot guarantee the results obtained for the particular homeowner mentioned in this article, we can guarantee that the same diligence and preparation will be applied to every foreclosure matter that comes through our office. Take action now, and fight the banks before it’s too late.

By Bruce S. Rosenwater | Posted on November 13, 2013
Fighting Through the Fast-Track »