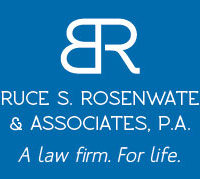 All throughout the State of Florida, foreclosures are being pushed through the courts in record numbers. Thousands of cases which have been lingering in the courts’ dockets have either been administratively closed through foreclosure in favor of the banks, or dismissal for the homeowner. Dismissals in foreclosure cases are much more likely when a homeowner is represented by an experienced foreclosure defense attorney. The banks are successful in obtaining foreclosures in a majority of their cases simply because the majority of their cases are uncontested. The amount of uncontested matters which result in foreclosure for the banks have severely distorted the success ratio for Florida homeowners facing foreclosure. Plain and simple, if homeowners make the effort to push back against the banks, the results in favor of the homeowner can be surprising. Favorable results for homeowners are not limited to dismissals of cases on the merits.When a homeowner hires an experienced foreclosure defense attorney, their chances of obtaining a favorable outcome are undoubtedly magnified. Success for a homeowner in foreclosure can be defined in a number of different ways, including dismissal on the merits, or settlement prior to trial. Settlement in foreclosure cases usually occurs when the parties agree to an alternative to foreclosure, such as a loan modification or short sale. Foreclosure alternatives are not only beneficial to homeowners, but also to the banks, and the judiciary. When foreclosure cases are dismissed on the merits, usually the bank will turn around and refile the foreclosure action, correcting any deficiencies from the previously dismissed case. This not only creates another foreclosure case on the court’s docket, but also may eventually result in foreclosure against the homeowner. Alternatively, when banks and homeowners can settle a case through a short sale or loan modification, everybody wins. The case is dismissed via settlement, thereby relieving the judiciary of the matter. The homeowner either remains in the home under much more affordable terms by modification, or avoids foreclosure by selling the home to an able purchaser. The bank receives money either through a loan modification or short sale, and also avoids having to maintain the home after taking possession.With the benefits of settlement briefly addressed above, one would think that a proposed settlement agreement between the parties would be readily approved by the courts. In fact, appellate courts throughout the State have frequently expressed their encouragement of settlements. The harsh reality is, however, that circuit judges are more inclined to push cases through to foreclosure despite any representation by the parties that a case has been settled, or will be settled shortly. This is especially true when a foreclosure sale date has already been scheduled. Parties seeking to postpone a foreclosure sale date in order to allow, for example, a short sale closing to occur, are now frequently dismissed by judges who would rather the case proceed to a foreclosure sale, thus clearing the dockets with greater expedience. Judges are now playing a pivotal role in the approval of loan modifications and short sales, creating an additional loophole for homeowners in foreclosure who wish to resolve their disputes with the banks.The purpose of this post is to make homeowners aware of what’s going in the trenches….what happens in foreclosure court each and every day, all throughout the State of Florida. If you’re a homeowner in foreclosure, the time to act is now. The slightest delay can be detrimental to your chances of settling a case, or prevailing on the merits. Before it’s too late, contact the law firm of Bruce S. Rosenwater & Associates to start defending your home against foreclosure, or work on an agreeable alternative.