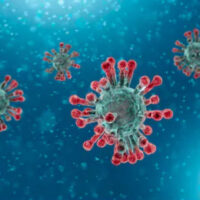 With all the information coming out over social media during this frightening time, it’s hard to know what’s true and what’s false. A recent report stated that the coronavirus quarantine was driving up divorce rates in one Chinese city. Is this true?

According to the report, the City of Xi’an has noticed a spike in the number of divorce petitions filed in the city. As husbands and wives are forced to sequester alone with their children, tensions run high amid cabin fever, the stress of the pandemic, and concerns over whether or not there will be enough food left over at the grocery store. In other words, could it happen here?

Xi’an is one of the largest cities in the world with a population of 12 million. That’s roughly double the size of the U.S.’s largest city, New York City. According to local authorities, the demand for divorces has been so high that there is a backlog of petitions. Just like there’s been a run on toilet paper here in the United States, there has been run on slots to file divorces in China.

Why is this particular city the only one that appears to be impacted in this particular manner? Well, for one thing, Xi’an is very large. For another, government services have been shut down for at least a month while China scrambled to contain the spread of the virus. And thus, they have been hit with a wave of delayed requests to divorce.

Let’s face it, if your marriage is already in a rocky place then a month of being trapped alone together is unlikely to do anything to help that. In fact, it may just spur the process along even faster.

As a massive city in the largest country in the world, many of these couples had significantly less room than we have in our homes in America.

In some cases, couples immediately regretted divorcing their spouses and some of them were remarried in a matter of days. This is unlikely to happen in the United States because the Chinese procedure for divorcing is much more streamlined than ours. As an example, in a large city like Xi’an, it takes about 40 minutes to complete the entire divorce process. Here, our officials make couples wait at least a month and then the whole thing ends up in litigation for a year.

Alaska has the fastest divorce of any state in the U.S. You can have the whole process completed in about 30 days. Nevada, for obvious reasons, comes in second with about a six-week process from the point of petitioning to the point of the law legally recognizing that you are divorced. From there, it begins stretching into two months.

So will this happen in the U.S.? It’s hard to say. If it does, you know you can always count on…

If the coronavirus has got you down and you and your spouse decide to untie the knot, call the West Palm Beach divorce attorneys at Bruce S. Rosenwater & Associates today to learn more about how we can help.

By Bruce S. Rosenwater | Posted on April 20, 2020
« Quarantine Still Causing Spike in Divorce Rate
Co-Parenting During a Quarantine: A Guide for Separated Couples »