Study Shows Divorce Does Not Change Your Personality 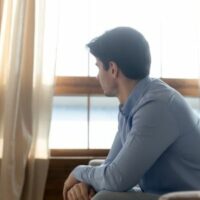 A recent study published by Individual and Personality Differences found that, despite widely held beliefs, divorce doesn’t change your personality—at least not as much as you may think. In other words, the study found that divorce is not a consistent predictor of personality change. The study showed that “folk wisdom” concerning how “divorce changes you” is not as much of a predictor as other potential factors.

The study tested divorced couples against married couples. It appears to show that while some folks do report personality changes, the majority of people are no different (personality-wise) than they were prior to their divorce. In addition, those who were separated did not report any major personality changes.

What is a Personality?

Scientific studies need scientific definition. In this case, researchers studied the “big five” personality traits. These include: extraversion, neuroticism, openness to experience, agreeableness, and conscientiousness. These are considered the five “most important” personality traits.

The findings put to bed the notion that “divorce changes you” and mostly rejected that conclusion. However, psychology researchers have mostly shown that the big five personality traits stay the same regardless of any other consideration.

How Do Personality Traits Change?

One of the most consistent factors for determining personality changes is age. Some studies suggest that personality remains malleable from ages 16 to retirement age, while other studies show that there are no major differences in personality other than perhaps small nudges in one direction or the other. The limitation of such a study is that it is based on self-reported answers from a questionnaire. So we have no other way to quantify personality traits beyond self-assessment. The subjective nature of these assessments makes drawing real conclusions difficult. Further, we can only know that the individual answering the questions believes that their personality has changed—not necessarily that their personality has changed.

Does Divorce Change Your Personality?

Perhaps not, but it will likely change the decisions you make moving forward. Those who have gone through a divorce may be less likely to remarry. In fact, those who do remarry have higher divorce rates than couples who are marrying for the first time. Meanwhile, the study perhaps neglected abusive marriages which may cause real personality changes. In other words, the study does not address whether consistent abuse has an impact on personality, but most of us would readily recognize that it would.

The potential for personality change may not depend on divorce at all, but rather the relationship before it becomes a marriage or high-conflict and abusive situations.

The study surveyed spouses and former spouses across three European countries. In most cases, recent divorcees invested more in personality traits that helped them rebuild their social network. But only two of the three countries surveyed reported such findings.

If your marriage doesn’t feel like it’s going to survive, call the West Palm Beach divorce attorneys at Bruce S. Rosenwater & Associates today to discuss your situation and allow us to go over your options with you.