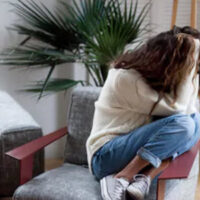 A new study indicates that while there are fluctuations in self-esteem during divorce, the majority of those facing divorce (both men and women) tend to report lower self-confidence while in the midst of a divorce. This is slightly counterintuitive as men seem more likely to blame themselves for the failure of their marriage while women are more likely to seek out new opportunities or build a new foundation elsewhere.

The longitudinal study, which tracked self-esteem issues over an extended period of time. 291 participants were given periodic questionnaires to fill out, indicating demographic information and self-assessed self-esteem issues. The study indicated that those facing an imminent divorce tend to show lower self-esteem than those who have separated and moved forward with their lives.

The study, interestingly, indicated that decreases in self-esteem actually predate the decision to divorce. As the divorce nears, self-esteem issues remain low or get lower. After the divorce is finalized, the spouses find a new baseline self-esteem that can result in substantial personal growth, the study found. So, it’s not all doom and gloom. It may just be hard to separate feelings of anxiety and stress over the divorce from feelings of self-worth. Those who are in more stressful situations tend to believe that their life is out of control or they feel overwhelmed.

The study falls short of being a representative example since all of the participants were located in the Netherlands. However, it appears that stress related to divorce can cause self-esteem issues. These self-esteem issues become less noticeable as time goes on, resulting in a new baseline. The study indicates that those participating reported lower self-esteem than they believed they possessed in the past. In fact, their level of self-esteem never arose to the same level as it was before their marriage.

To be sure, it isn’t just divorce that causes these sorts of self-esteem issues. In fact, any breakup may leave one or both parties wondering what they could have done differently or how they messed up their relationship. Add to that the financial stress of divorce, issues with the children, and defending yourself from accusations, and you have a perfect storm for low self-esteem. Nonetheless, the study indicates that self-esteem problems get better once the couple is separated and living their own lives.

For more information on how a West Palm Beach divorce attorney can help you protect your interests after your marriage, call Bruce S. Rosenwater & Associates today to schedule a free consultation and learn more about how we can help.