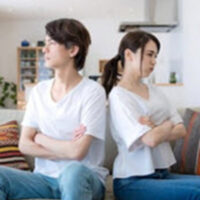 The divorce rate in Florida is too darn high, says state Representative Clay Yarborough. Although his attempt to pass a similar bill fell through during the last legislative session, Yarborough is trying his luck again. The bill, called the “Guide to a Healthy Marriage Act,” would require those applying for a marriage in Florida to read an informational pamphlet entitled, you guessed it, “Guide to a Healthy Marriage.” The bill seeks to reduce the number of divorces in Florida. The state has the 7th highest divorce rate per capita. Around 1.6% of those married in the state will file for divorce this year.

This committee would create a pamphlet that all couples considering marriage would be required to read prior to entering the marriage.

According to the bill, the guide must include:

The bill would require the clerk at the circuit court to post a copy of this guide on their website. The clerk is also required to make the guide available to those applying for a marriage.

How Would the New Law Work?

The bill would be put into place on July 1, 2020. If it passes, those applying for a marriage license would be required to sign a sworn statement that both parties have read the pamphlet prior to applying for their marriage license. The statement would be an affidavit that is signed under oath. If you have not read the pamphlet but said that you have, you might be charged with perjury.

Rep. Yarborough and those who support the bill believe that the costs related to marriage on the court are unnecessarily high and create a drain on our tax dollars. Their solution to the problem is a pamphlet that all Florida residents are required to read under penalty of perjury.

If your marriage no longer fits in with your current goals, the West Palm Beach divorce attorneys at Bruce S. Rosenwater & Associates can help you file for divorce. Talk to us today for more information.

By Bruce S. Rosenwater | Posted on November 26, 2019
« What Can You Do if Your Spouse Refuses to Sign Divorce Papers?
When Does a Prenuptial Agreement Make Sense? »