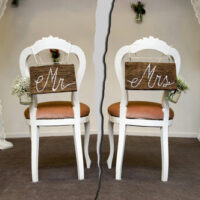 Former professional basketball star and the subject of a new ESPN documentary Dwyane Wade had a lot to say concerning his marriage and divorce to high school sweetheart Siohvaughn Funches. Wade recalled that Funches offered him an escape from a difficult home life, but that things in his marriage began to nosedive after Funches became pregnant with their first child. Wade filed for divorce in 2007, but the divorce wasn’t finalized until 2010.

According to Wade, Funches hired “13 different lawyers” which held up the process. He also stated that every time she switched lawyers, the case had to start over. While not entirely correct, switching lawyers can hold up the process of finalizing the divorce. But Wade admitted later that custody squabbles also figured into the length of time his divorce took.

In the documentary, Wade told reporters that he had difficulty seeing his children. Funches would avoid making them available when it was his turn to have the kids. It became “ugly and nasty” according to Wade. Police had to be involved. But this situation is not uncommon and many former spouses fight similar battles.

While it’s not supposed to work this way, one party (usually the custodial parent) prevents the other parent from seeing their children as a way to leverage them into something else. For parents on the short end of that stick, it can be difficult to prove that the other parent violated the visitation schedule. In that case, both parties end up pointing the finger at one another and the court is left to determine what the outcome should be.

Obviously, the best solution to this problem is when both parents respect each other’s schedules and make the children available to one another when they’re supposed to. Unfortunately, it doesn’t always work out that we. In that case, the parent who isn’t seeing their children needs to ask their attorney to make the court aware of the violation.

All courts operate under the assumption that having both parents in their lives is best for the children. To overcome this assumption, a parent who believes the other parent is unfit has the burden of proving that unfitness in a court of law. They cannot unilaterally decide that the children shouldn’t see the other parent. They must take the matter before the court.

If your marriage is headed for divorce, the West Palm Beach divorce attorneys at Bruce S. Rosenwater & Associates can represent your interests when untying the knot. Call today to learn more about how we can help.