Does Florida Have an Unusually High Divorce Rate? 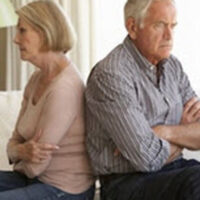 As people age, they tend to like warmer weather. Thus, Florida has become a kind of elephant graveyard for elderly Americans. Meanwhile, Americans at around retirement age are divorcing at higher rates than ever before.

The term “gray divorce” was first coined in 2004 when the AARP published a study concerning older Americans and their divorce rates. Sixteen years later, those figures have doubled with couples over 50 splitting at unprecedented rates. While the reasons for this have been written about extensively, the most important thing that you need to realize is that societal attitudes toward divorce have shifted. This has resulted in less adultery and more divorces, for good or ill.

The United States isn’t the only country in the world that has seen a spike in gray divorce. Even cultures as dissimilar to our own as Japan and India are seeing spikes in gray divorce. This is not because there are simply more people either. The rates of divorce per 1,000 couples have risen considerably in these countries. Meanwhile, countries like Canada have also seen a rise in gray divorce.

There are two main stressors that are causing the frequency of gray divorce to spike. The first is the advent of families in which both adults work. Women who are more financially independent are more likely to initiate a divorce than those who aren’t. Technological innovation has contributed to this. No longer are women required to stay at home to raise children or tend house. Since their roles have diversified, they have more power in the workplace and elsewhere. Wives are no longer dependents.

Another technological situation that has disrupted marriage is the simple fact that humans are living longer now than ever before. Advancements in sanitation, medicine, and nutrition mean that marriages that only had to survive 20 years now have to survive twice that or end in divorce.

Of course, places like Florida that are retirement destinations feel the spike more so than other places like Montana that older folks tend to shun.

Regardless of your age, not all marriages will survive. If you’re ready to move on, call a West Palm Beach divorce attorney today. Bruce S. Rosenwater & Associates has helped several spouses dissolve their marriage and protect their interests moving forward. Call today to learn more.

By Bruce S. Rosenwater | Posted on November 10, 2020
« Foreclosure and Eviction Moratoriums Remain in Place, But for How Long?
Which Spouse Gets to Keep the Frozen Embryos After Divorce? »