Instead of Divorce, Try Sleep Divorce

If all the problems in your marriage are related to the fact that your partner snores and you can’t get a full night of sleep, science now suggests sleeping apart to save your marriage. While sleeping in separate beds won’t save all marriages, it will certainly save the ones that are on the rocks… Read More » 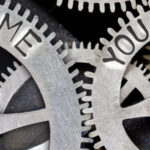 Husband Stabs Wife After She Announces Plan to Divorce

A Florida man became so irate when his wife announced that she would be seeking a divorce that he stabbed her several times, according to police. When the police arrived, Mike Reuchel told them that an intruder had broken into their home, attacked the couple, and stabbed his wife. The wife, who underwent surgery… Read More »