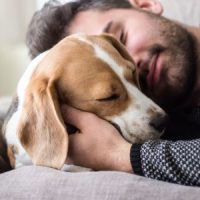 Many American families have furry companions, including dogs and cats. Often these animals are viewed as members of the family. With such strong emotional bonds to our animals, it can become complicated to determine who will take ownership of family pets when a marriage ends.

Pet ownership is one of the many items that needs to be addressed when spouses want to move apart and eventually divorce. Negotiation will likely be part of the process, so taking stock of your priorities and deciding what your goals are can be helpful. Then, your West Palm Beach family attorney will know what to fight for and what areas are open to discussion.

In Florida, Pets Are Viewed as Property

During a Florida divorce, pets are viewed by courts as property. Because of this, once a divorce is finalized, the animals will be the property of one spouse or the other. If you and your spouse want to make other arrangements, such as alternating weeks or months, that will have to be an agreement made between the two of you, this will not be awarded by a Florida court.

Because the state of Florida is an equitable distribution state when it comes to divorces, property will be divided in a way that is deemed fair. It is important to realize that fairness does not always mean a 50-50 division.

If you and your spouse can’t reach an agreement between the two of you, regarding who will be the owner of the pet or pets, the following factors will be assessed by a Florida court:

It’s clear that certain answers to these questions will lead to the court awarding the animal to one spouse or the other. For instance, if you owned the animal prior to marriage and will be the primary custodian to children who are attached to the pets, you will likely be awarded ownership of the animal if the dispute were to go to court.

An Attorney Will Fight for Your Priorities

Share your concerns, including pet ownership, with a West Palm Beach family attorney. Having a lawyer on your side will allow you to move toward the future with confidence.

Are you a pet owner who is moving toward divorce? Landing on an agreement through negotiation is often the best way to secure the divorce agreement you are seeking. That said, it can sometimes be difficult for spouses to agree on terms. Share your concerns with an experienced legal professional to learn about next steps to create the post-divorce life you crave. To have your questions answered, reach out to the legal team at Bruce S. Rosenwater & Associates. Book your free initial consultation today.

By Bruce S. Rosenwater | Posted on December 5, 2022
« Unmarried Parents And Custody Concerns
Talk To An Attorney About Parenting Time Issues »