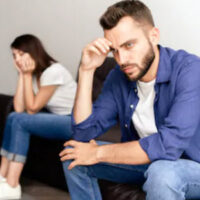 The wife of “Papa” John Schnatter has filed for a divorce after a series of unfortunate events led Schnatter to be ousted from the company that bears his name. Schnatter was forced to resign from company duties and no longer allowed to be the face of the company after someone leaked a conference call during which he said the n-word. Schnatter divested much of his stake in the company but still controls a reported 19% of the shares.

Schnatter has been married to his wife for the past 32 years, but the divorce comes as no surprise to anyone. M. Annette Cox cited “irreconcilable differences” and Schnatter told the press that the decision to separate was mutual. He also told reporters that the two had agreed on a mutual split of their assets, which in this case, will be vast.

The pizza company, which has taken a beating in the press since it became public that Schnatter used racist slurs in a company meeting, is still a major force in the pizza world. However, the company has seen its profits drop amid public outcry. Schnatter is believed to have a net worth of $500 million but might be worth far less after his divorce settlement.

The Length of the Marriage Matters

Couples that take a wild trip to Vegas and come back with rings on their finger only to divorce a few months later don’t have much of a marital estate. Couples that are married for 32 years, on the other hand, do. This can get particularly complicated in high-asset cases.

Appraising Assets in a High-Asset Divorce

If Schnatter’s company, Papa Johns, accrued the majority of its value prior to the divorce and then plateaued over the next 32 years, his wife would only be entitled to the value that increased during the marriage. However, that is unlikely to be the case. It is more likely that the company gained most of its value during the couple’s marriage. That means that M. Annette Cox would likely be entitled to half of whatever Schnatter’s stake in the company still is.

Meanwhile, the value of those stocks appears to be rapidly diminishing as business continues to decline. However, the couple owns some peak real estate including an $11 million mansion in Louisville that is believed to be the city’s most valuable home.