Close Menu
Coronavirus (COVID-19) Update: Our firm is open and serving the needs of existing and new clients. Click here for more information.
West Palm Beach Divorce Attorney > Blog > Family Law > Is Having a Top Position at Your Job an Indicator of a Divorce? 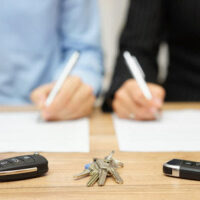 An article published in the American Economic Journal came to a strange conclusion recently. Having a top position, getting promoted, or otherwise achieving success in your workplace increases the chances of getting a divorce—but only for women. For men, a promotion or top position did not impact the rate at which they divorce.

This was even true in countries where gender egalitarianism is a major concern. Even in Sweden, which ranks highest in the EU’s gender equality index, women who had executive positions divorced at a higher rate. This was despite the fact that Sweden has some of the most permissive workers’ rights legislation of any country in the world including subsidized daycare, paid parental leave, and flexible working arrangements. Even still, women were much more likely to divorce if they had a high-paying executive position.

Studies like this don’t often address the question of why. The study itself surveyed heterosexual married men and women from larger companies with at least 100 employees. The study found that married women were twice as likely to be divorced three years after their promotion. But the results for men remained static. Additionally, those who worked in the public sector were surveyed with similar results and women who had jobs like doctor or lawyer were also more likely to divorce than women who didn’t or men in the same position.

The study also showed that while the majority of those surveyed had children, those who divorced tended to have adult children who had already moved out of the house.

Whenever one spouse is promoted, there will be changes to household duties and the division of marital labor. This creates friction in a marriage that could lead to quarrels. Quarrels lead to stress. The issue seems to be that this problem is amplified when a woman is promoted to an executive position and her husband takes on more responsibility in the home. The study hypothesized that this created a “mismatch of expectations.” In other words, men who now become responsible for the bulk of the household chores and child-rearing while their wives are running companies are feeling unmanned by the whole exchange.

Women, on the other hand, who were married to executives did not suffer the same kind of stress as the men who had wives promoted to positions that demanded a lot of their time. This was even true in places like Sweden where legislation has been passed that is supposed to prevent citizens from having to choose between their careers and their families.

If you’re thinking of untying the knot, then you need an attorney who will carefully consider your goals during your divorce and work hard to see you achieve them. Talk to the West Palm Beach family attorneys at Bruce S. Rosenwater & Associates today to schedule an appointment and find out more about how we can help.