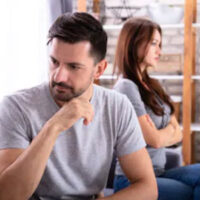 The University of Pennsylvania studied how men’s status as “breadwinners” can cause the breakup of relationships that value men as the primary earners for their families. In fact, cultural values that position men as primary breadwinners can have a profound impact on whether or not a relationship survives periods of unemployment or difficult financial situations. The research includes predictors on how long a relationship will last after a primary breadwinner loses their job. The study indicates that gender culture is a primary indicator of how well a marriage can survive men who have recently lost their jobs.

Researchers surveyed heterosexual couples from the United States and various affluent European countries. Each country was rated on how gender-conservative or gender-progressive they were. For the most gender-conservative countries, about 33% of the population believed that a man’s role was as the primary breadwinner. That number dropped as low as 4% in gender-progressive countries. The couples were studied over a period of four years. Researchers focused on employment changes, marital stress, and divorce.

The study surveyed only heterosexual couples in Western countries. It seemed to indicate that men who believed their role was the “head of the household” or “the primary breadwinner” had a lower chance of sustaining their relationship through financial problems. When couples discuss the reasons for their divorce, financial stress is always at the top of the list. It’s still true that America is primarily a gender-conservative country.

Nonetheless, the advent of LGBTQ marriages may be able to better inform pluralistic approaches to this method. Since the issue is gendered, and the LGBTQ community doesn’t conform to conservative gender roles, it stands to reason that their relationships would survive financial stress better than traditional heterosexual couples. Perhaps there is something that gender-conservative countries can learn from the LGBTQ community.

If your marriage is no longer sustainable, call the West Palm Beach divorce attorneys at Bruce S. Rosenwater & Associates today to learn more about how we can safeguard your interests post-divorce.