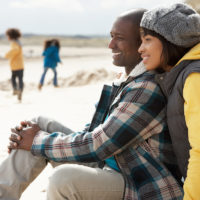 On May 18, 2016, the Fourth District Court of Appeal for the State of Florida issued an opinion in the case of Henry v. Henry (Case No. 4D15-755). In this appeal, Bruce S. Rosenwater & Associates, P.A., represented a Former Husband who at the trial court level was subjected to an unfavorable Final Judgment of Dissolution of Marriage. Bruce S. Rosenwater & Associates, P.A., did not represent the Former Husband at trial.

An appellate brief drafted by Associate Attorney, Steven C. Williams, highlighted the errors found in the trial court’s Final Judgment, including income miscalculations for the Former Husband and Former Wife, which in turn led to inflated awards of alimony, retroactive alimony, child support, and retroactive child support, all in favor of the Former Wife. In addition, the trial court determined that Former Husband was responsible for all of Former Wife’s attorney’s fees due to what the Former Wife alleged to be bad faith litigation on Former Husband’s behalf. Many of the issues raised in the appellate brief filed by Bruce S. Rosenwater & Associates, P.A., were reversed by the Fourth District and remanded to the trial court for the entry of a Final Judgment consistent with the Fourth District’s findings. Through counsel of Bruce S. Rosenwater & Associates, P.A., the Former Husband in this case obtained relief on appeal from a Final Judgment that, in most respects, contravened Florida’s Family Law.