If You’re In Foreclosure, The Time To Act Is Now 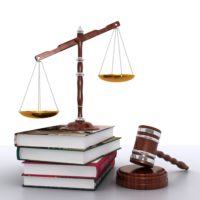 A client whose home is in foreclosure came to us recently after being represented in their foreclosure matter by prior counsel. The client’s case was set for trial on February 6, 2014. We received the case with only a few weeks left before trial, and immediately moved for a continuance to depose the Bank’s trial witness and review their exhibits. When making a request for the Bank’s trial exhibits and availability of their trial witness for a deposition, we were able to secure the Bank’s consent to a continuance to finalize our discovery and continue working on a loan modification for our client.The hearing on our motion for continuance was this morning. Despite the Bank’s consent to a continuance, and our good faith representation that additional time was needed to depose the Bank’s witness and review the Bank’s trial exhibits, the Court denied our motion. The Court was advised that the Bank’s witness list named several individuals, and the trial witness had not yet been identified. None of this seemed to matter. The Court informed us that prior counsel could have deposed the Bank’s trial witness, but failed to do so. We’re now being forced to trial with limited discovery and a diminished chance of defeating the Bank.The valuable lesson learned here is to act quickly if your home is in foreclosure, and hire competent counsel who is willing to see your case through to trial, and beyond. If you hire an attorney who won’t actually try your case, and merely delays an inevitable foreclosure, your rights are not being adequately represented. When we receive trial orders from the Court, our first step is to seek the name of the Bank’s trial witness, schedule their deposition, and request the Bank’s trial exhibits. Long before that, however, we put pressure on the Banks to prove their case, we determine your interest in the property, and work to obtain an appropriate alternative to foreclosure, such as a loan modification or short sale. If the Bank refuses to approve any foreclosure alternatives, we’ll make them prove their case at trial, and appeal any adverse ruling which is not founded in law or fact.The story above is real, and it’s the same story that happens every day in foreclosure court. If your home is in foreclosure, act now. Hire a competent and experienced trial attorney who will fight for your rights… before it’s too late.