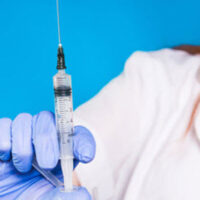 What if I told you that 3% of all the people who take the COVID vaccine spontaneously change sex? Would you believe me? Maybe. There are people right now rallying around the idea that the Earth is flat and that we’re all a part of some global conspiracy to hide the truth.

While these beliefs may seem harmless and silly, they have real consequences. For one, those who believe vaccinations cause real harm tend not to have their children vaccinated for fear of Autism or other concerns. Meanwhile, the scientific community insists that this is all nonsense.

Here, you have two important considerations under the law in direct conflict. This conflict will become much more prevalent in the months ahead with the COVID vaccine on the horizon. But in truth, this has been an issue for a long time.

The Right to Raise and Rear Your Children

The federal courts recognize the right of a parent to raise and rear their children how they see fit. Such cases have been brought before the U.S. Supreme Court as early as the 1920s. The first case involved a Nebraska family that wanted to teach their children German. But Nebraska had a law forbidding the teaching of German. The law was struck down. In another case, this time in Oregon, the state-mandated that all children go to public schools. That law was also deemed unconstitutional.

The Responsibility to Care for Your Children

While the law generally falls on the side of the parent when it comes to making decisions based on religious or political motivations, the parents’ right to control over their children ends where the child’s right to health and safety begins. The U.S. courts have thus upheld rulings where the state intervened on behalf of a child who was exposed to neglect.

Now, we have a real conflict. The parents have a right to rear their children, make health care decisions on their behalf, and determine how they are schooled. But what happens when a parent believes something absurd or not grounded in scientific fact?

This where the court must weigh the parents’ rights to determine their family choices against the child’s need for vaccinations and other medically necessary treatments. While the parents ultimately have an unimpeachable right to promulgate false information and believe what they want, they do not have a right to place their children in harm’s way. So, the parent may believe anything they want, but they can’t act on beliefs that place the child in serious danger. In other words, the public’s interest in immunization essentially trumped the parents’ right to make medical decisions for their child.

Since the prevailing standard for determining custody involves the child’s best interests, the court will deny custody to parents who refuse to vaccinate their children. Today, the trend in courts is to favor public policies that require vaccinations.

If you have any questions concerning your divorce and custody issues, call the West Palm Beach divorce attorneys at Bruce S. Rosenwater & Associates today to learn more about how we can help.

By Bruce S. Rosenwater | Posted on January 18, 2021
« Recent Study Discusses the Emotional and Physical Toll of Divorce
Spouses Turn to Electronic Snooping to Spy, But is it Legal? »